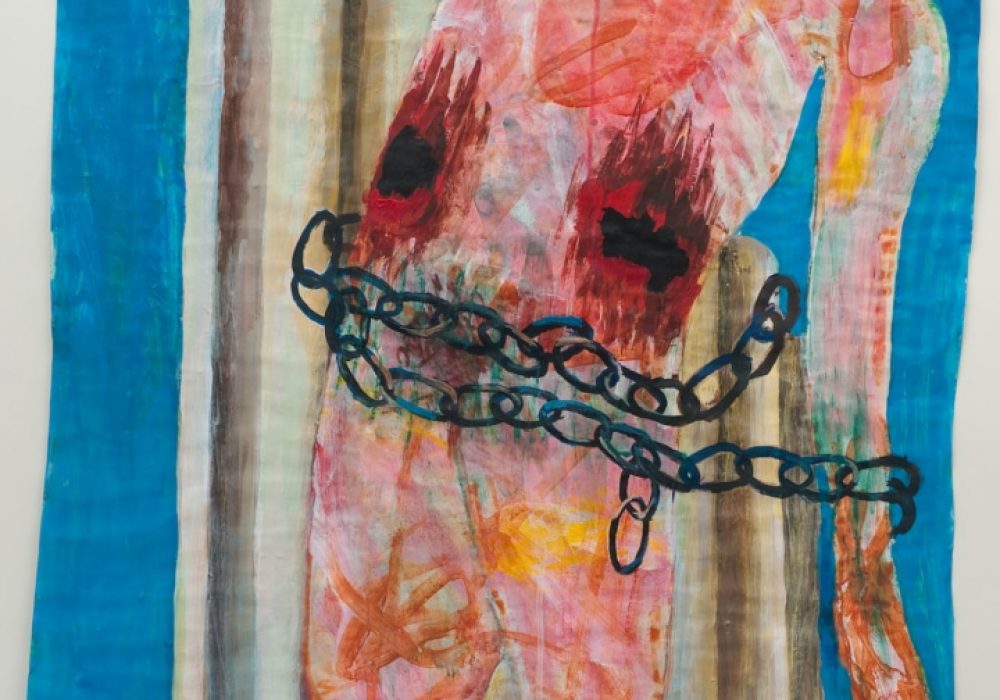 LOS ANGELES — Charles Garabedian’s paintings are not beautiful because they depict scenes from classical mythology, but because they render the world of classical mythology real. I’ve never imagined Prometheus surrounded by his own shit, for example, terrified and in unbearable agony from having his liver torn out on a daily basis. But Garabedian did, and did so with such inventive detail and visceral humor that he transports the classical to the present day, here. After hundreds of years of art history fetishizing classical aesthetics, Garabedian’s paintings remind the viewer that the world of Olympic gods and titans is one that is not perfect — instead, it is idyllic and savage and surreal all at once.

Charles Garabedian: Outside the Gates, an online exhibition jointly organized by L.A. Louver and Betty Cuningham Gallery, brings together a selection of paintings — classical and otherwise — from the last three decades of the artist’s life (he died in 2016), and they are all wonderfully unsettling. A decapitated head served on a golden platter immediately recalls the story of Holofernes in “You Should Have Looked at Me” (2012), but the boy wearing a striped tie and peeping up from a ladder adds a voyeuristic, and anachronistic, element to the enigmatic image. “The Eunuch” (2003–04) is equally bizarre, depicting a man contorted in a position no earthly human would be able to maintain. This treatment of the body as a malleable entity of its own, lopsided and even putty-like, is characteristic of Garabedian’s somewhat Mannerist style. Any necessity for bodily logic falls away, yielding to visual pleasures, like how the figure’s backside echoes the curve of the hill in the background. There is a sense of play that suffuses Garabedian’s work throughout, allowing the artist to eschew conventions and revel in the richness and the oddities of the world he has created.

The unembarrassed quality of his paintings is perhaps due to the fact that Garabedian came to his art career relatively late in life. Born in Detroit to a family of Armenian refugees fleeing the genocide, he first served in United States Air Force, then went on to work for Goodrich Tire and the Union Pacific Railroad, before ever picking up a paintbrush. In 1961, he graduated with an MFA from the University of California, Los Angeles (UCLA), saying, “Here I was, almost 40 years old at the time, and I was like a little kid.”

As a late-blooming artist, Garabedian was never interested in making things that look like art; instead, he gave himself over to his instincts, pretensions, and mistakes, unafraid to explore and even embrace what others considered to be “bad.” He states in one interview, “The bad — I’m responsible for that and there must be something there. You know, you can’t just dismiss it by saying, ‘Oh, well he said that’s bad, this is good.’” His willingness to constantly question and prod at preconceived notions of good and bad is what earned him a spot in Marcia Tucker’s notorious “Bad” Painting exhibition at the New Museum in 1978, what later cemented his reputation as an artist’s artist, and what makes his work so compelling, even today.

Charles Garabedian: Outside the Gates continues online at L.A. Louver through September 19.