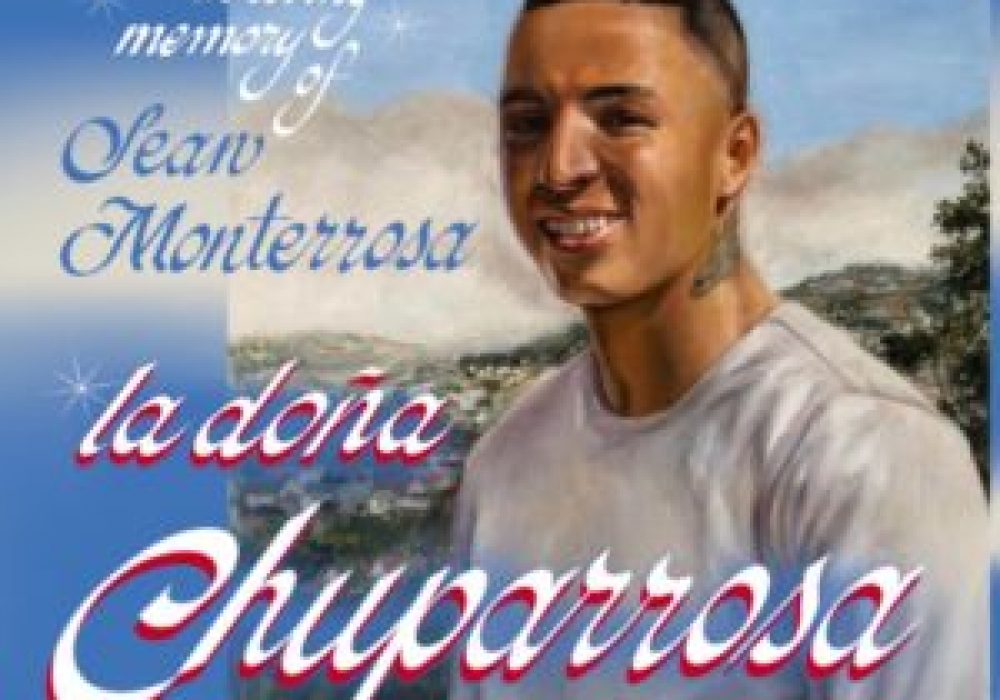 San Francisco musician La Doña or Cecilia Peña-Govea will release Monday ‘Chuparrosa,’ or ‘Hummingbird,’ a new single that memorializes Sean Monterossa, who was killed on June 2 by Vallejo Police. 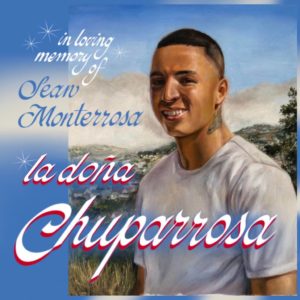 “Everybody started seeing hummingbirds everywhere,” after Monterossa was killed, says La Doña, who knew Monterrosa and his two sisters, Ashley and Michelle, from the Bernal neighborhood where they all grew up.

‘Chuparrosa’ is about “the temporary nature of life and how Sean isn’t with us in his human form anymore, but we see him, he visits us, and he directs us and informs us with his presence as a hummingbird and in other ways,” says La Doña. She adds that she “had a couple visitations, and [his family] saw hummingbirds outside the window at his memorial, and near his old workplace.”

‘Chuparrosa’ is in the style of Son Jarocho, an African Indigenous Mexican musical style coming from the port city of Veracruz, Mexico.

La Doña was also inspired to write ‘Chuparrosa’ by all of the social justice work sisters Ashley, 20, and Michelle, 24, have been doing since their brother’s death. 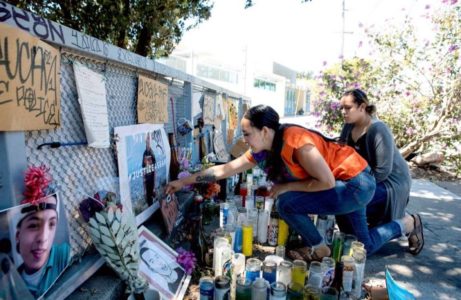 The two Monterossa sisters have become full-time activists since their brother was killed by a police officer who shot at him through the window of an unmarked car in Vallejo.

“We are putting our bodies on the line so the family can grieve at home.” Ashley explains. “We are turning pain into power and giving the impacted families the support they need.”

San Francisco’s motto is “Oro en Paz, Fierro en Guerra (Gold in Peace, Iron in War),” and the line, she says, “casts the sisters as both gold and iron, strong and beautiful and bright who will shine a light on our collective path.”

The song also offers a strong indictment of the police and in a portion of the song, La Doña pauses her singing to speak directly to her listeners.

“This is La Doña, here with justice for Sean, standing in solidarity with Black Lives Matter to demand the immediate firing of all nasty little pigs involved in the murder of Sean Monterossa and all other victims of police brutality.

Vallejo PD y’all fucked with the wrong ones. SFPD best believe we come and see you next.

We from Frisco and we don’t stand down. Disarm. Defund. Disband. We won’t stand for anything less.”

For over two decades Peña Govea, has been singing and playing her trumpet at parties, community events and festivals with family and friends.  The musician started producing songs on her own in 2018 as La Doña and now has 40,740 listeners on Spotify.  Last year, YouTube selected her as one of 14 new to artists for its Foundry project, an accelerator program for artists. And this year she also has a residency at SF Jazz.

In all of La Doña’s songs and music videos, her singing and trumpet playing embodies the feeling of ‘pan latinidad’ and of a feminist woman in the Bay Area. And now with Chuparrosa, she directly brings in her own activism to shed light on injustice.

Before the pandemic, the 27-year-old, who now lives in the Excélsior, was playing live shows and planning a March 12 release party for her first album “Algo Nuevo.”  With everything on hold, she had time to reflect on her role as an artist. She asked herself questions, she said, like, “Why am I making music? Is this the fight that I need to be doing right now?”

In the San Francisco world she grew up in, activism was part of the culture. “My tias were muralists and photographers and artists and the other side of the family was musicians, so we would always be involved in all the parties, all the community events, all the demonstrations and protests.”

Now, the Black Lives Matter movement has been a time for “artists to become much more intentional about the work they are putting out.”

Peña Govea began singing and playing trumpet at age 7 when she joined the family’s band, La Familia Peña Govea.  Her father is from Bakersfield and is of Mexican descent, and is a master Mexican musician who can play “everything”, his daughter says. Her mother, who is from New Jersey, plays fiddle and guitar. Her sister plays the accordion. And La Doña sings, plays trumpet, guitar, guitarron, and percussion. 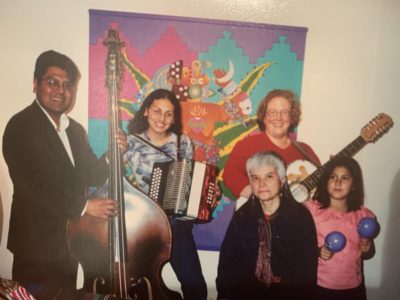 An old photo of La Familia Peña Govea. From left to right: Miguel with upright bass, Rene with accordion, Susan with guitar, her aunt Irene Pérez and La Doña on the right holding Maracas.

The band still performed together at community events before the pandemic and La Doña’s father Miguel Govea plays in La Doña’s band and has travelled to New York for performances with his daughter.

The music community she grew up in included Cuban rhythms, Cumbia music, Puerto Rican music, North African music and songs from Colombia. She has also played with Balkan musicians, and worked with reggaeton and hip hop producers.

What brings her music together, is that it makes people want to dance. “I love partying and I love helping other people have fun,” says the musician who also works as a Latin music analyst for Pandora radio and teaches Mariachi music to children (now remotely) for the San Francisco Unified School District.