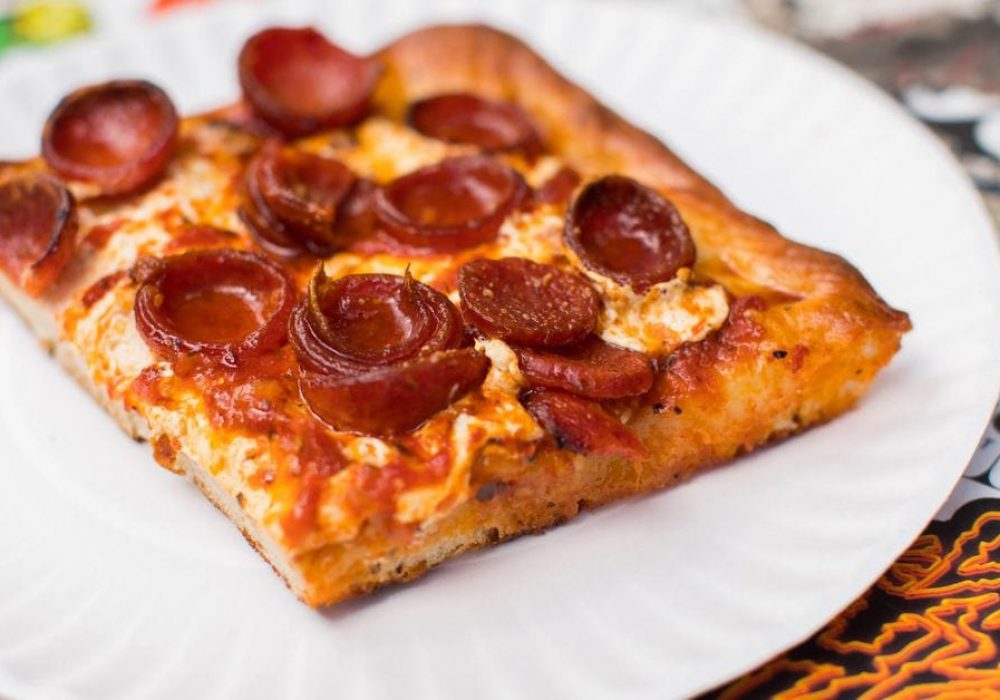 Legendary New York City slice spot Prince Street Pizza is officially making the move west. The family-owned home for square pies with lots of cheese and those popular pepperoni cups is landing on Sunset Boulevard in West Hollywood in a matter of weeks, pandemic be damned.

Eater has confirmed the news with co-owner Dom Morano, who runs the shop along with his father Frank Morano. The younger Morano says that the space at 9161 Sunset Boulevard, long a rotating home for various under-the-radar pizza restaurants, is almost ready to go. Without any further hiccups, a planned opening is about a month out.

“It’s going to look pretty much identical to the store in New York,” Morano says. “It’s still the same concept, it’s still slices and sodas and takeout.” There will be a few bar-height countertops available for dining in once such things are allowed again, and lots of opportunity for delivery in the area as well, which reps say will be handled in-house. Currently the only way to get Prince Street Pizza delivered to someone’s door in Los Angeles is by Goldbelly, which has been doing a robust business during the pandemic shipping food across the country. Morano says that the new West Coast location will help to further expand the reach of Prince Street Pizza — and will keep longtime fans from asking, over and over again, when the family was coming west.

“I have a huge LA fanbase,” Morano says with a laugh. He credits the success of recent Prince Street Pizza pop-ups in Los Angeles (“there were four hours lines, I couldn’t believe it”) done with Lawrence Longo of Off the Menu for giving the family the final push needed to secure a space. Longo is an investor in the project, and has been doing much of the work on the building itself since the Morano family remains in New York City. Soon, though, Dom Morano says he’ll be heading out to LA to live while getting the shop up and running, with no firm plans to go back to New York until things run smoothly. Father Frank will be in LA for a portion of the opening as well.

Expect an opening for Prince Street Pizza sometime in late August or early September. Hours will be Wednesday through Sunday to start, 11 a.m. to 10 p.m., with more days added (and late night hours) down the line.