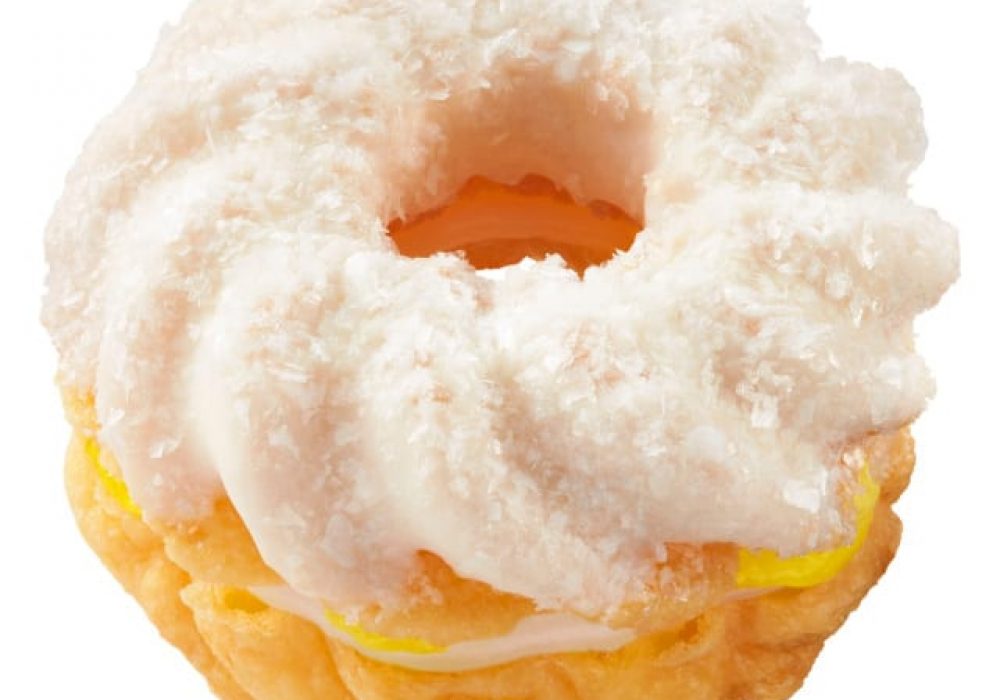 Japan’s leading doughnut chain, Mister Donut, or “Misdo” as it’s affectionately known, has been transforming the world of sweets and wowing us all with bold new flavors and innovative varieties in recent years.

Now the chain is continuing to break the mold in terms of what a doughnut can be, with the unveiling of their upcoming “Misdo Meets Mochi Cream” collection.

As the name suggests, the star of this new release is mochi, or pounded sticky rice. Developed in conjunction with Kobe-based confectionery manufacturers Mochi Cream Japan, the pounded rice confection featured in the range displays a fresh, smooth softness. When combined with a chewy, baked doughnut, the resulting texture is said to be irresistibly “mochi mochi” (springy and elastic).

There are six new doughnuts in the mochi cream doughnut collection, and each one challenges us to rethink everything we thought we knew about doughnuts and traditional Japanese sweets.

First up we have the Lemon Mochi Cream French (160 yen), which consists of a French cruller doughnut with a white chocolate frosting and a mochi and lemon jelly filling. 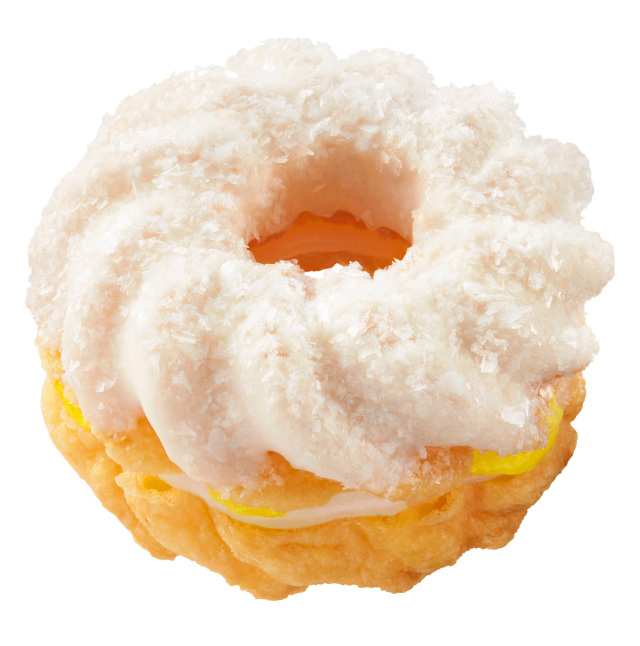 Next up is the Pon de Mochi Cream (160 yen), which sees the chain’s popular Pon de Ring doughnut topped with glistening glaze and filled with a layer of mochi and whipped cream. 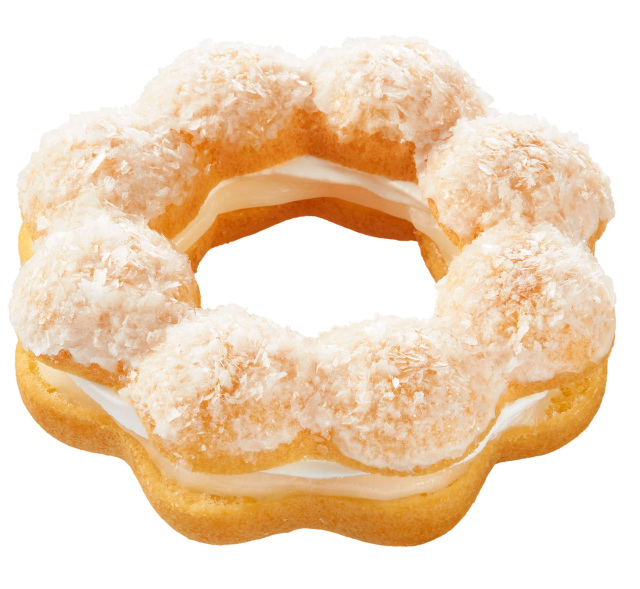 Then it’s on to the Pon de Strawberry Mochi Cream (160 yen), which has a gorgeous pink strawberry and white chocolate frosting and a vibrant mochi and strawberry jam centre. 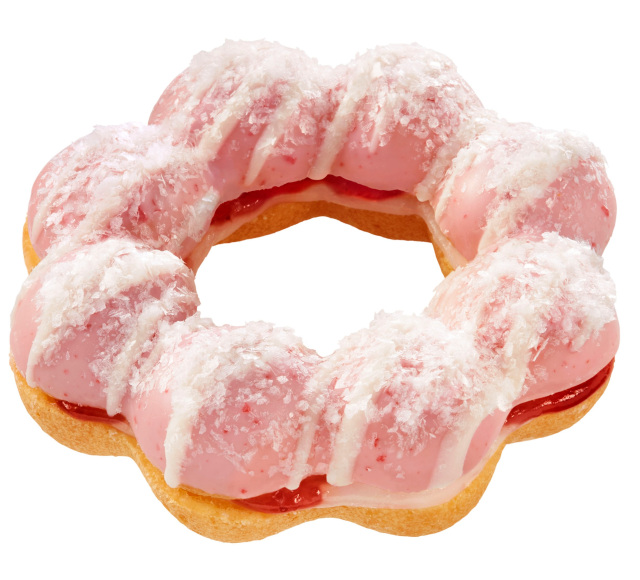 Next is the Adzuki Mochi Shu (160 yen), which contains a plump, chewy shu cream doughnut filled with mochi and white chocolate. On top is a white chocolate glaze and a generous dollop of adzuki red bean paste, made with high quality beans from Hokkaido. 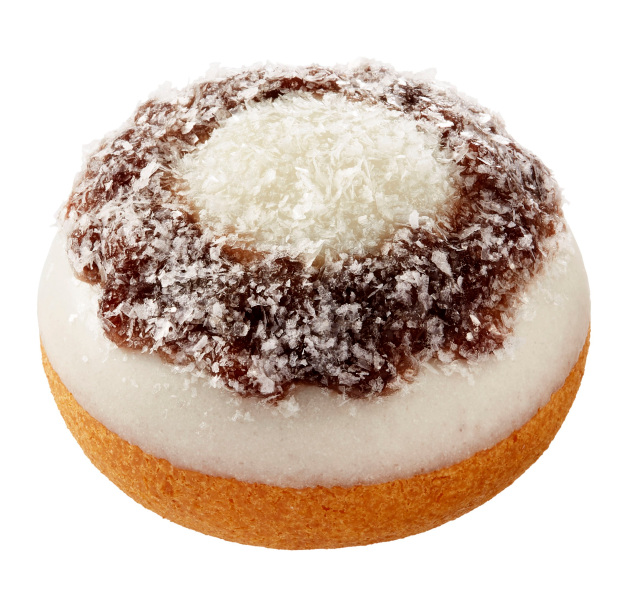 The darlings of the series are the plump Daifuku Doughnuts, which are designed to look and taste like traditional daifuku sweets, with an unexpected doughnut twist.

The Daifuku Doughnut Strawberry (220 yen) shrouds a whole doughnut in a sheet of gyuhi, a softer, more delicate variety of mochi often used in sweets in the Kyoto area. Underneath the gyuhi is a shu cream doughnut topped with a layer of whipped cream and a dollop of strawberry jam. 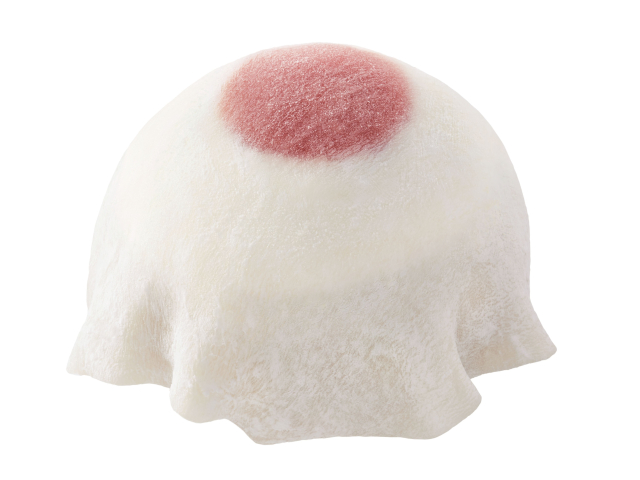 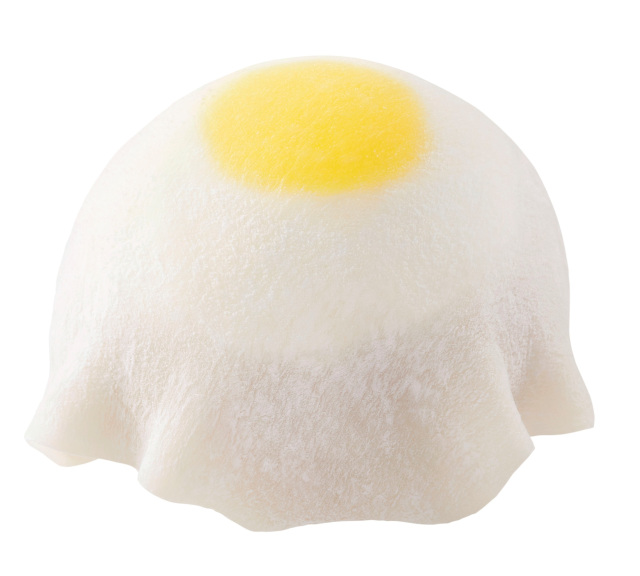 Mister Donut recommends putting the Daifuku Doughnuts in the fridge for an hour before consuming. This hardens the cream ever so slightly to make it taste more like soft ice cream, which enhances the flavor of the sweet.

The new doughnuts will be available at Mister Donut locations around the country until early August. However, the doughnuts are only being made in limited numbers so there’s a chance of missing out if you leave it too long.

— The Evangelion Tamagotchi is here, so let’s raise an Angel!【Photos】