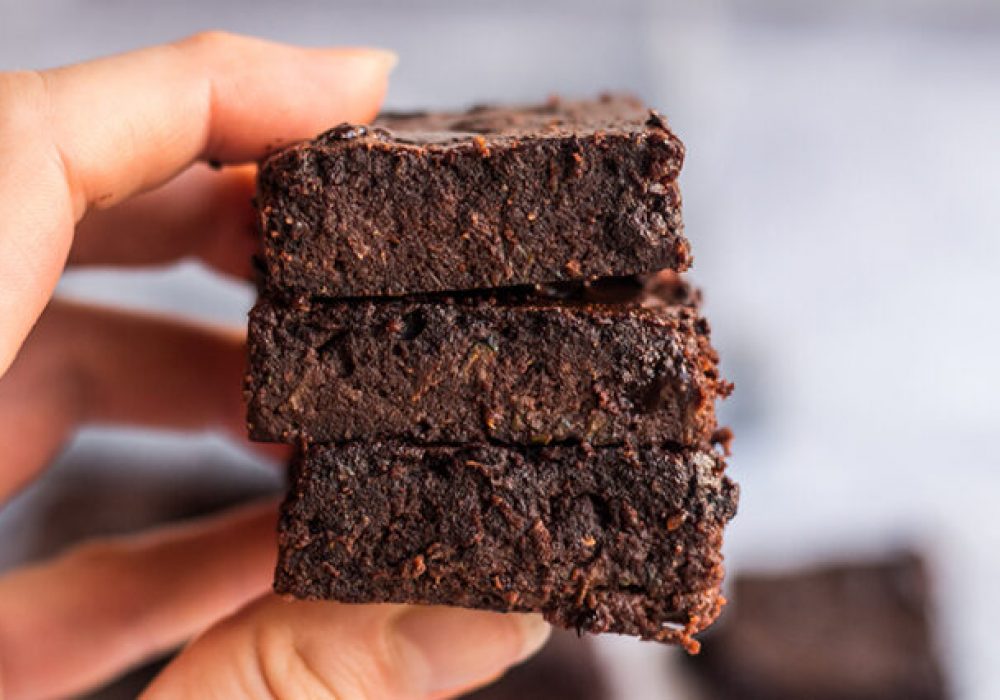 It’s the tail end of zucchini season. After you’ve grown tired of zucchini noodles, zucchini bread, and all the other zucchini creations, what’s left? Zucchini brownies are a great way to use up the last of your zucchini, while sneaking in some veggies into your dessert.

Here’s how to make them.

Time in the kitchen: 30 minutes, including 20 minutes bake time Using a box grater, grate a zucchini using the side of the grater that has small holes. Squeeze the zucchini out using paper towels or a small towel until it is quite dry. Measure out the zucchini after squeezing the liquid out. Melt the butter and chocolate and then mix in the almond butter. Fold in the grated zucchini and vanilla extract. Preheat your oven to 350 degrees Fahrenheit. Line a square baking pan with parchment and pour the batter into the pan. If desired, you can also sprinkle some extra chopped chocolate on top.

Bake the brownies for 10 minutes, then remove them from the oven and allow them to rest for 6-8 minutes.

Place the brownies back into the oven for an additional 8-10 minutes, or until the center of the brownies reads 180 degrees Fahrenheit with a food thermometer.

Allow the brownies to cool prior to removing them from the pan and slicing them into 16 squares. A food blogger, recipe developer, and personal chef based in Missouri, Priscilla specializes in low-carb, Paleo, gluten-free, keto, vegetarian, and low FODMAP cooking. See what she’s cooking on Priscilla Cooks, and follow her food adventures on Instagram and Pinterest.