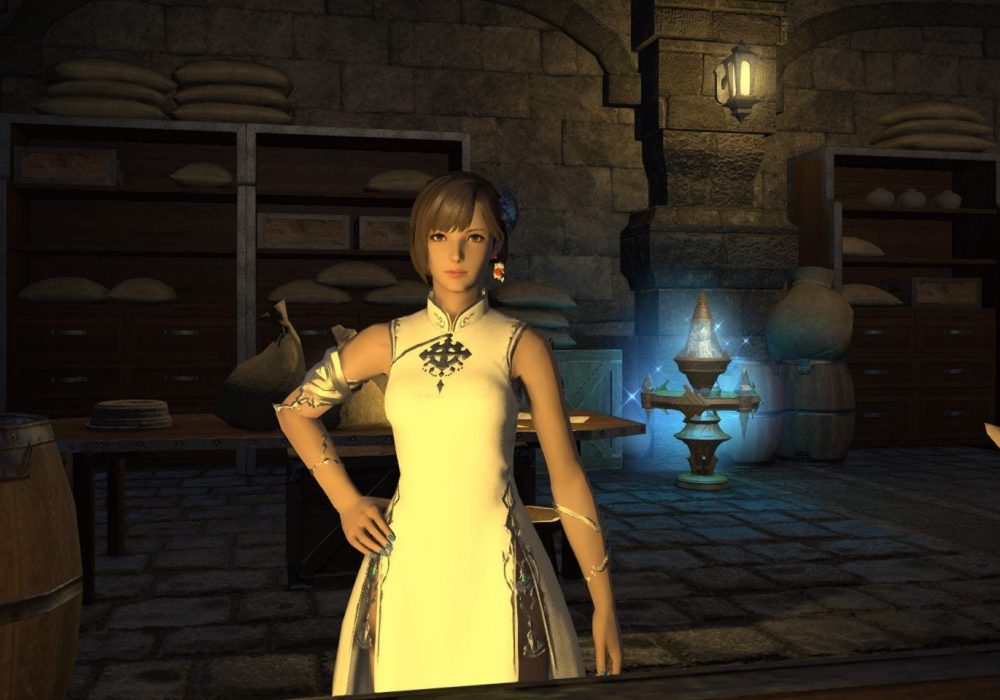 Crafting and gathering are some of the surest ways to make some easy gil in Final Fantasy XIV, but there are other types of currency you can get while leveling your Disciple of the Land/Hand jobs: scrips.

You earn scrips by turning crafted and gathered collectables in to Rowena. Scrips can be exchanged for exclusive tools, gear, crafting materials, and more, so players determined to max out one or more Disciple of the Land or Hand jobs will definitely want to start collecting scrips.

The question is, how do you start?

You unlock the quest to start accumulating crafter and gatherer’s scrips upon reaching level 50, at which point you can pick up the quest “Inscrutable Tastes” from Morgayne in Foundation.

The quest will lead you to Revenant’s Toll, where you’ll complete the quest by talking to Lydirona. This will give you the ability to craft and gather collectables, which can be turned in to Rowena’s scrip appraisers for Yellow Crafter/Gatherer’s Scrips. As you can probably tell, these scrips are separate currencies; you can’t use your Yellow Crafter’s Scrips to buy items under Rowena’s Yellow Gatherer’s Scrips exchange, or vice versa.

Note that if you are level 79 in whatever class you’re trying to turn things in with, you will instead receive White Crafter/Gatherer’s Scrips. White Scrips differ from Yellow Scrips in that they’re used to receive endgame rewards, so level 80 Disciple of the Land/Hand gear, materials, and so on.

Rowena has scrip exchange stalls in most major areas, notably Gridania, Uldah, Limsa Lominsa, and Rhalgr’s Reach in addition to Revenant’s Toll. You can unlock four other scrip exchange locations (Idyllshire, Tamamizu, the Crystarium, and Eulmore) by completing side quests and progressing the main story scenario for Shadowbringers.

Collectable items are distinctly different from the items you craft or gather normally. After completing “Inscrutable Tastes”, players will be able to find the command Collector’s Glove (for gatherers) or Collectable Synthesis (for crafters) in their Abilities and Traits toolbar. You have to activate the respective commands before starting because otherwise you’d just be gathering regular stackable materials or crafting normal items.

In the case of gathering, Collector’s Glove has to be paired with various appraisal skills, which are separate from skills that affect your high-quality gathering rate. Appraisal will raise collectability but increases wear; raise your collectability as high as you can before your wear percentage gets too high, and then click the Collect prompt to snatch up your collectable.

Because it’s possible for collectables to have different collectability ratings, they will never stack and can’t be quick synthesized or gathered in especially large amounts. If you’re planning on devoting a lot of time to acquiring scrips, make sure you have plenty of free inventory space.

As stated above, Rowena’s scrip appraisers can be found in most major locations. The appraisers in Idyllshire can be unlocked by completing “Go West, Craftsman”, which you can pick up from Lydirona in Revenant’s Toll, and the Rhalgr’s Reach appraisers and their counterparts in the First will become available after progressing far enough in the Stormblood and Shadowbringers main story scenarios.

Before setting off on your collectables quest, make sure you check what’s in demand with Rowena’s appraisers. You can do this by opening the Timers menu (keyboard shortcut CTRL + U) and choosing “Rowena’s House of Splendors”. The menu will tell you what Rowena wants, the minimum required rarity, and what items are in demand and are therefore worth more scrips. The crafted collectables Rowena’ll accept will occasionally change, but the list of collectables for Disciple of the Land items is preset and will only change to reflect new in demand items.

You can also earn Yellow Scrips by completing Custom Deliveries.

Next: The Psychology Behind Fortnite’s Success

Email
Animal Crossing: New Horizons – How To Build A Border For Your Stone Path
Related Topics