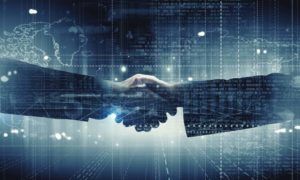 The original deal was valued at approximately $3.4 billion, making it the priciest M&A transaction in the cannabis industry at the time.

All told, the new deal, announced Thursday, could value Acreage’s equity at about $900 million, Cowen analyst Vivien Azer wrote in a research note.

The deal’s consummation continues to be conditioned on federal legalization of marijuana in the United States.

The new deal includes a $37.5 million cash payment and would split Acreage shares into two classes.

Seventy percent of each existing share would be converted into a fixed share, worth less than before at 0.3048 Canopy shares each.

The remaining 30% of each share would become floating shares that can be exercised by Canopy for at least $6.41 per share.

All fixed shares would be acquired by Canopy if the deal is triggered and all conditions are met, but the Smiths Falls, Ontario-based company is not obliged to acquire the floating shares.

“The amendment significantly reduces potential dilution from the deal and provides some optionality,” Azer wrote.

Acreage CEO Kevin Murphy has resigned, and board director Bill Van Faasen will serve as interim CEO until a replacement is found.

The amended deal is subject to shareholder approval.

The amended acquisition deal announced Thursday will also see Canopy loan up to $100 million to Acreage’s hemp subsidiary, Acreage Hempco, by way of a 10-year, nonconvertible debenture with a 6.1% annual interest rate.

Canopy’s loan for the hemp subsidiary comes about two months after it ceased its own hemp farming operations in Springfield, New York, “due to an abundance of hemp produced in the 2019 growing season,” Canopy said in April.

That Acreage Hempco loan can be used only for Acreage’s general corporate purposes and its hemp division, not for marijuana operations.

“Assuming Acreage can remain a going concern until such time as we reach federal legalization … Canopy faces guaranteed dilution from a business that, given its current problems and huge cost base, is only likely to add to the pressures currently being faced,” Bennett wrote in a Thursday research note.

As noted, the amended acquisition deal would be triggered by federal legalization of cannabis in the United States.

Last week, Canopy CEO David Klein told CNBC he believes legalization could happen in 2022, but he did not elaborate on how Canopy came to that conclusion.

Acreage management also believes the federal status of cannabis could change by 2022, Cowen’s Azer wrote in her note.

“We think that the upcoming election could have played a role in driving the revised thinking around this transaction, coupled with the current macro/social backdrop in the U.S., in particular given the revenue shortfalls that are expected at the state level, which cannabis tax revenue (or at a minimum cannabis jobs, in the medical market) could serve as a useful offset in contributing to economic recovery,” Azer wrote.

Acreage trades on the Canadian Securities Exchange as ACRG.U and on the U.S. over-the-counter markets as ACRGF.