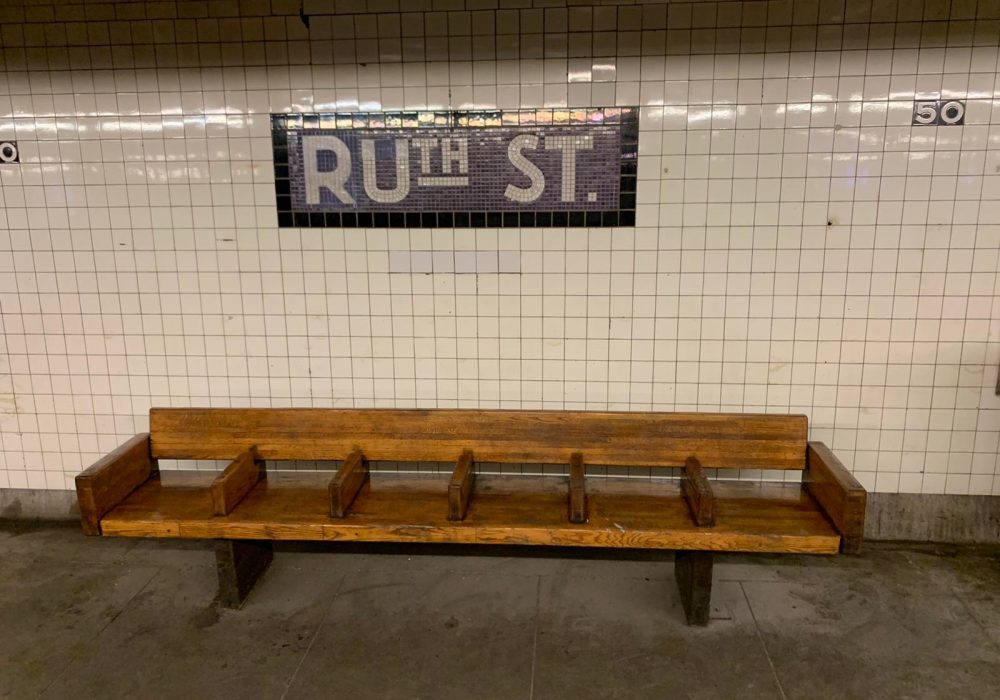 As the nation continues to honor and mourn the loss of Ruth Bader Ginsburg, the Supreme Court justice and champion of women’s rights who died last Friday at the age of 87, one tribute in New York City this weekend took place in a subway station. Adrian Wilson, known for his commemorative urban interventions, convincingly reworked the mosaic signs for the 50th Street station in Manhattan to read “Ruth St.” instead.

To realistically mimic the effect of mosaic, Wilson used stickers painted by his friend, artist Matt Duncan, who tested four colors before finding the right hues of blue and white. By Saturday at 7pm, the signs for both the downtown and the uptown platforms at the station had been modified.

“It was just a playful tribute to an amazing woman,” Wilson told Hyperallergic. “People like to share their grief online, so it was an easy-to-understand visual piece that was perfect for a meme to share. New York has and is suffering a lot this year so it also reminds people of the creativity and quirkiness that the city is famous for.”

The pair opted for adhesive contact paper instead of permanent paint to make it easy and inexpensive for MTA staff to remove — which they did, within 24 hours of the work’s creation.

“Unfortunately it is illegal graffiti, though I would hope that the Supreme Court would dismiss my case!” Wilson told Hyperallergic when asked if he had tried to get permission from the city.

Some New Yorkers who learned of the work after it came down are disappointed to have missed it during its short lifespan.

“But graffiti is always ephemeral,” Wilson said. “It is a reminder for people to look around them and see those things that they miss while staring at their phones.”