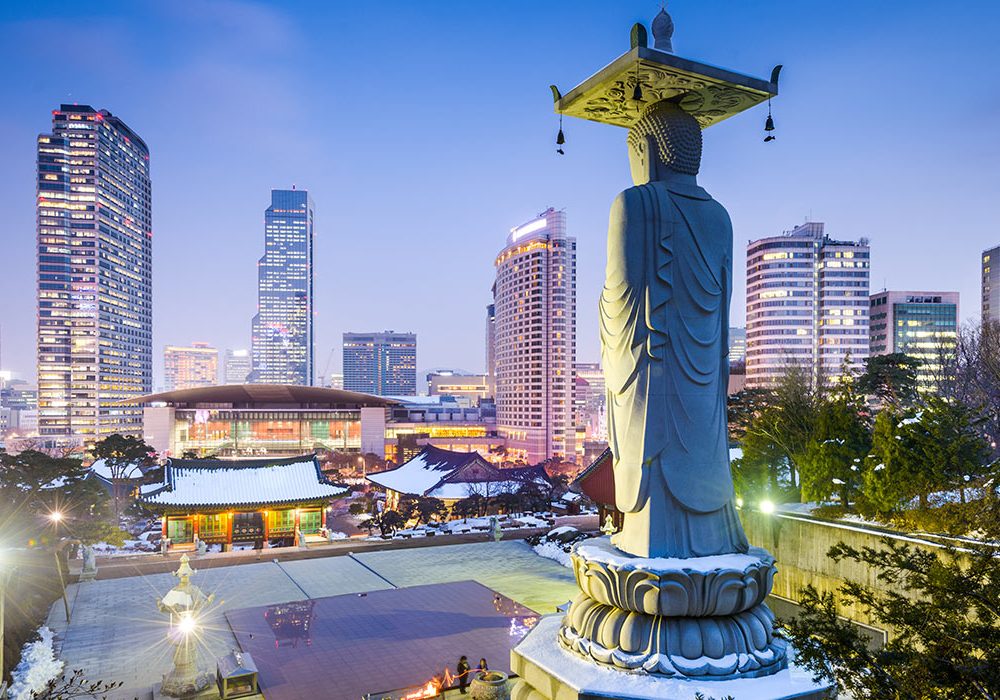 Did you know you can understand about 50% of all Korean by learning the 100 most common Korean words?

That’s right! The 100 basic Korean words are so common, they make up around half of spoken and written Korean. It’s just a matter of learning the right words first! And that’s why you need this list of 100 common Korean words by word-frequency method.

This is my favorite method for learning vocabulary in a new target language. I’ve done this method with core Japanese words and basic Spanish words as well. It helps me level up my listening comprehension and speaking ability fast. That’s because I’m strategic about learning the most important, common words first.

I like to think of this method like a beginner’s approach to fitness: start with compound exercises that build several muscles at once, so you get the most out of it, fast. These words do the same thing for your Korean language muscles. They strengthen your core and work your brain in the best way possible. You’ll see gains fast!

Rather than learn a “beginner’s Korean vocab list,” which often focuses on classroom or workplace vocab first, you’re learning Korean words used in everyday life. If you pair that with Korean greetings and phrases, you’ll see a lot of progress!

I follow this method up to about 1,000 words and then move on to learning the most important words for me specifically. (Things like job-specific vocabulary, or words related to my favorite hobbies.)

Now, one thing to note about these core Korean words listed below. I’m skipping Korean particles and repeats of words that are different only by grammar conjugation. What that means is, I’m not including particles like subject marker 는 (neun) or variations of verbs like “see/saw” or “go/went”, or casual/honorific versions.

Why? Because that’s a waste! You can learn those when you learn grammar. Besides, to include things like particles would be confusing as a beginner if you don’t understand their usage. (In my opinion, they fall more under grammar patterns than vocabulary.)

The rest of these simple Korean words will be easy to master because you’ll see and hear them all the time!

I’ll be writing using 한글 (hangeul), the Korean writing system. It’s helpful to learn Hangul first because it helps with pronunciation. And, while the writing system may look complex… Hangul was made to be easy to learn! In fact, you could learn it in only an hour or two. So brush up on your Hangul first, then start working on the list below!

As in Japanese or even Spanish, pronouns are often omitted from Korean sentences. That’s because they’re understood by context. But… You still need to know them! Because if it’s not clear what you’re talking about, then you need to be able to make it clear.

A note here: “You” is 당신 (dangsin) in Korean. However, I’m not counting it as a “core word” because it’s not used often. “You” in Korean is only used if you don’t know the other person’s name. Otherwise, it’s a bit rude. So instead, use the person’s name + the honorific listed above. That’s the best way to go about it!

If you’re familiar with Fluent in 3 Months founder Benny Lewis’ Language Hacking method, then you know he suggests learning words based on what you personally say in everyday life. These would be the most helpful nouns and verbs to learn to start speaking fast. And the best way to practice is by creating Korean scripts with words you use a lot.

I use that method, too. Especially after I learn the 100 most common words in a language. So I still suggest you do that, too.

But as for the words below? They’re the ones you’ll hear most often because they’re nouns for time, places, getting around, people, and so on. Maybe you never ride a train to work, and so you won’t say the word for train. But other people do, so it’s a good idea to learn it.

These are the 25 most common Korean verbs you need to know. You can say a lot with only these 25, especially with verbs like 하다 and 있다 which combine with other words and nouns to form new verbs.

There are so many adjectives you could use to add color to your Korean. But these are some of the basic Korean words to get started with. They’re super helpful as descriptive words, especially if you don’t know the right one for what you’re describing.

Conversation connections are the keys to sounding fluent in any language. They help smooth out your sentence transitions and give you a moment to think about what you want to say. These five are the most helpful:

You always need some cool Korean slang words to add to your memory bank! These seven slang terms are a good place to start so you sound more natural in Korean.

Flex those Korean skills and show off your swole vocabulary! Because now that you’ve gotten through this list, you can move on to more complex Korean language topics. You could find a Korean language exchange partner to practice with, or start immersing yourself in Korean at home with Korean dramas and TV shows.

Btw, if you want the best Korean language course to level up your Korean, check out my review of 90 Day Korean. It’s what helped me learn Korean and Hangul in the easiest way possible, and it’s honestly my very favorite language learning course I’ve used to date.

How’d it go for you? Leave me a comment showing off those Korean gains so I can see your progress!